Texas college academy sees record enrollment thanks to the efforts of an experienced network engineer. 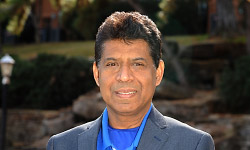 Jerry Mesquita partnered with local businesses to transform a Cisco Networking Academy program at a community college and make it one of the most successful academies in the world. He inspires instructors and students to transform their lives by preparing them for careers.

An Experienced Network Engineer Gives Back

Jerry Mesquita had been a telecommunications network engineer for over 20 years. He had the experience to work almost anywhere, but decided to become a teacher. When he discovered the Cisco Networking Academy program at North Lake College, a two-year public community college in Irving, Texas, he decided to enroll in a course. "As an experienced engineer”, Jerry said, “I could see how taking these courses, which did a great job of combining theoretical knowledge with hands-on lab practice, would equip students with highly marketable skills."

When he approached the academy about becoming an instructor, he learned that the program was at risk due to lack of instructors and students. Jerry embarked on a dual mission: to teach the courses, and to save the Cisco Networking Academy program at North Lake. He asked the administration to put him in charge, and then he went to work revitalizing it as the new program director.

Jerry met with area companies. "We make a point of getting to know the hiring managers at these companies,” he said. “We want them to have North Lake College graduates on their radar. We also want to understand the kinds of candidates that they're looking for, so we can enhance our courses to meet their needs." When a company sought Linux expertise, he added the Networking Academy’s NDG Linux Essentials course. Another company needed bilingual tech graduates, so he introduced them to his students.

Jerry takes students to monthly meetings at the nearby Cisco office. He arranges for recruiters to come to North Lake to talk about open positions and what students must do to be successful. Academy instructors help students with their resumés. They set up telephone interviews with hiring managers, and listen to the exchange to suggest ways to improve interviewing skills. All academy students are encouraged to earn one or more certifications before they start job hunting.

According to Jerry: "Recruiting is expensive and time-consuming. And it's often hit or miss for companies. By taking the time to get to know more about these companies, our recommendations prove useful. The companies keep coming back to us for filling new positions. That drives up our job placement numbers, which in turn strengthens our reputation in the community."

Jerry knows, because he has to recruit instructors to meet the demand for courses. Some instructors start out teaching part time, planning to move to industry jobs. But they are inspired to stay at North Lake when their graduates pass certification exams and get jobs with big corporations. "People who hang around me know that money is not all that there is. When new instructors begin to see the real changes that we make in people's lives, their motivation grows."

Today, North Lake College is one of the top 10 academy schools worldwide for enrollment growth. Jerry has expanded the program from 4 part-time instructors to 12 instructors with an average of 14 classes each semester, and up to 40 students in each class.

Nearly 100% of the students who complete academy courses at North Lake obtain a job. Over 80% of these enroll in advanced courses and earn one or more Cisco certifications. Because of these outstanding results, the college funded the academy program with $250,000 to build a new lab and install Cisco equipment.

According to Mesquita, "The academy courses are the surest route to a good-paying job. That's life-changing for so many people in this community who are unemployed or barely getting by working at minimum wage jobs just to feed their families."

Graduates email the instructors to update them on their careers and lives. "From time to time, a student will take me out to lunch,” said Jerry. “'I can afford to buy you lunch now,' the former student will say. And in that moment, it would be tough to tell which one of us is prouder."